Plot:
Man is finally on Mars. When a very fierce storm hits the Ares III team, astronaut Mark Watney (Matt Damon) is lost and everyone presumes he is dead. Melissa Lewis (Jessica Chastain), head of the mission, facing the danger of losing more lives and without any evidence that Mark might have survived, orders to evacuate.

Few hours later, Mark regains his conscience and understands what has happened. The communication gear is destroyed, but even if he could send a message to Earth, 3 to 4 years would be needed for his rescue. His supplies are enough for 31 days. He can depend only on his own power. He wants to stay alive and to succeed, he plans to cultivate food on Mars. This might be impossible, or improbable, but this is the only option he has and Mark will do anything to stay alive.

Back on Earth, Mindy Park (Mackenzie Davis) is studying Mars satellite pictures and, much to her surprise, she realises that Mark Watney is alive. She talks about it with Vincent Kapoor (Chiwetel Ejiofor) and they inform Teddy Sanders (Jeff Daniels). NASA’s chief decide to keep this a secret and explore their options to rescue the “Martian”, even though they are 225.000.000 km away. Mark, collected MESUR Pathfinder, and he used the solar panels and the old electronics to be able to contact Earth. Will they manage to rescue him?

Our impressions and movie review:
The movie “The Martian” is based on the best seller book by Andy Weir and Drew Goddard wrote a very good screenplay. The great Ridley Scott is directing and we believe that “The Martian” is way better – both scenario and direction – than “Prometheus”, and there is no reason to compare it with “Exodus: Gods and Kings”. Many people said that “The Martian” is a crossover between “Castaway” and “Apollo 13”, but while they have some things in common, the result is really different. Matt Damon is not Tom Hanks, but he is really good at the main role. Jessica Chastain and Kate Mara are lovely, Michael Peña, Sebastian Stan, Aksel Hennie, Chiwetel Ejiofor and Jeff Daniels are excellent.

“The Martian” is a movie about hope and the fight for survival. This is a thrilling adventure with some funny elements. The movie premiere was on September 30th 2015 and you must see it!

Movie Trivial for The Martian 2015 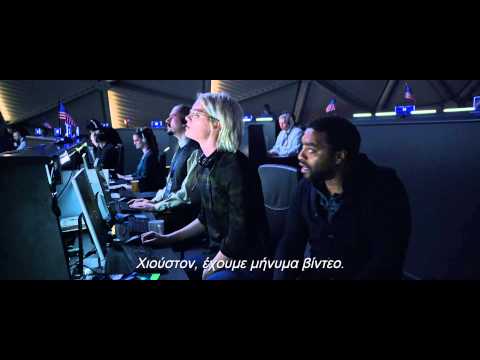