Plot:
Gellert Grindelwald (Johnny Depp) is a very powerful and evil Wizard. He causes havoc all around Europe and suddenly, in 1926, he disappears! The international witchcraft community is afraid that Grindelwald is preparing a new blow, so powerful that a war with the Non-Majs (Muggles) will begin. With the memories of the WW I still fresh nobody wants that. Nobody apart from spiteful Grindelwald!

A British Wizard, Newt Scamander (Eddie Redmayne) has just arrived in USA. Although he had to leave Hogwarts – he was expelled because he accidentally hurt another student – he is very good at his job. And what is that? He is a Magizoologist! He travels around the globe and gathers Monsters, e…. Fantastic Beasts I meant. And it’s good that Newt did not hear me because he really loves what he does, he really loves those misunderstood Fantastic Beasts. He believes that the most dangerous thing on Earth are humans – Wizards and Non-Majs. But this is a different story. Or not?

When Newt came to New York he only had a suitcase with him. A magical suitcase bewitched with an extension charm. Newt has many Fantastic Beasts packed inside and, if he wants, he can get inside too. But there are two little problems. The one is that the locks sometimes open on their own. He should fix them. The other problem is much more important. Newt and Jacob Kowalski (Dan Fogler) have an identical leather suitcase and they accidentally switch them. Later this day, when Kowalski is at home, he opens the suitcase and… many Fantastic Beasts escape and roam freely in New York!

Our impressions and movie review:
If you think of the Harry Potter film series as one movie, then “Fantastic Beasts and Where to Find Them” is the perfect definition of a sequel. There are many elements of our familiar wizarding world, references to characters and of course plot twists and style differences that will thrill you. First of all we are on a different continent and another era. The plot takes place in New York of 1926, 65 years before Harry Potter set foot in Hogwarts. It is an era that the world is shocked from the Great War – this is how they called World War I and they did not intend to make a second. An era of Prohibition in USA, an era when recession and progress fight.

Author J.K. Rowling chose the ideal time and place for her new story. The movie “Fantastic Beasts and Where to Find Them” is her first screenplay. There are many ideas from her books but she also “borrows” and cleverly utilizes much more. The magical suitcase is in the style of Douglas Adams. And the different Beast habitats – desert or snowy landscapes, day or night – were like a wink from Yates to Cameron’s “Avatar”. We must also say that Yates is a good director and he gets good performances from the actors.

The production should spend more cash for extras. They know that this reboot will bring millions of dollars, Harry Potter was one of the highest-grossing franchises and film series. The Big Apple has so few citizens walking around, as if it is an isolated mountain village. On a disaster scene, that you would expect to see the whole police force, we see a roadblock with about 20 officers. The visual effects range from pretty impressive to very good. The only one we did not like was the swarm effect for the Obscurus, which looked like an updated version of Galvatron from “Transformers IV”. Set Decoration was very good and the Costume Design almost perfect. And I say almost, because last week we had the chance to see “Hacksaw Ridge”, a one of a kind movie that literally travels you to 1940 – and the small town pictured there had more extras-locals than the New York of the Fantastic Beasts.

Eddie Redmayne – Academy winner for “The Theory of Everything” – presents in a very interesting way the protagonist Newt Scamander. Right next to him stands Dan Fogler who is very good and gave us many moments of laughter. He is the first Muggle protagonist in a Harry Potter movie. Katherine Waterston gives a rather restrained performance, while Alison Sudol is really convincing.

“Fantastic Beasts and Where to Find Them” has the perfect mix of adventure and humour – it was emotional and imaginative. This is a movie for teens and adults who are still young at heart. We live in grim times, so… long live the fairy tales. Live it as long as you can!

The movie premieres on November 18th, 2016 and it will be a blockbuster! 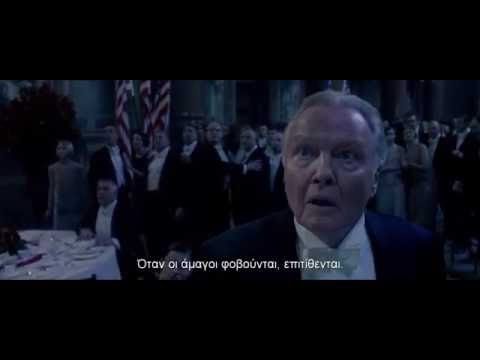 Mary Lou Barebone: Something is stalking our city! Reaping destruction and then disappearing without a trace. Witches live among us!

Percival Graves: You’re an interesting man, Mr. Scamander. Just like your suitcase, I think there’s more to you than meets the eye. … I wonder… what makes Albus Dumbledore so fond of you, Mr. Scamander?
Newt Scamander: I have no idea.

Movie trivial from Fantastic Beasts and Where to Find Them