Plot:
The investigators of paranormal phenomena Ed (Patrick Wilson) and Lorraine Warren (Vera Farmiga) return! Three years ago, in 1975, they faced a demon in Amityville, Long Island New York. This time they will have to travel to Enfield of England to help the Hodgson family.

Peggy Hodgson (Frances O’Connor) is a single mother with four children: Margaret (Lauren Esposito), Janet (Madison Wolfe), Johnny (Patrick McAuley) and Billy (Benjamin Haigh). Their father left them for another woman and the family has severe economical difficulties. The worst is yet to come!

Everything begins one night that Janet feels worried. Suddenly, she hears the voice of an old man saying “this is my house!”. Margaret believes that her little sister is making a prank, till she hears the mysterious and eerie voice too. Various things change position in the house and, day by day, the poltergeist becomes more aggressive, trying to hurt those who live in the house.

The local church invites Warrent to help in the investigation. Ed sees in his dreams a demon dressed like a nun, just like the one Lorraine saw in Amityville. On the other hand, paranormal investigators Maurice Grosse (Simon McBurney) and Anita Gregory (Franka Potente) record with a hidden camera Janet doing damages in the kitchen, and later the young girl claimed that a supernaturan entity did them. After that, Warren decide to leave. New clues will force them to return to Hodgsons’ house and face a terrible demon, determined to kill them!

Our impressions and movie review:
Ed Warren and his wife Lorraine, who we first saw in “The Conjuring” (2013), are real people. The case of the haunted house in Enfield England had shaken the local community in the late 70s. The hidden camera video recorded by Maurice Grosse and Anita Gregory, combined with the fact the Janet Hodgson had publicly admitted that many parts of the story were fabrications of her imagination, did not prevent the screenwriters to present as true story the plot of the film. They definitely succeeded in writing a story with much suspense and lots of terror. And they had millions of reasons to do so. The first movie had a $20,000,000 budget and brought revenues of $318,000,000 😉

James Wan is again the director – he had worked with the two protagonists in “Conjuring” – and he did a really good job. Let’s not forget that apart from Furious 7, Wan is known for writing and directing many successful horror movies, like Saw – 2004, Dead Silence – 2007, Death Sentence – 2007, Insidious – 2010 and Insidious: Chapter 2 – 2013.

“The Conjuring 2” premiered on June 7th, 2016 at the Los Angeles Film Festival. Watch this movie and get goose bumps or feel the chills down your spine from your fear, despite the high temperatures of this summer. 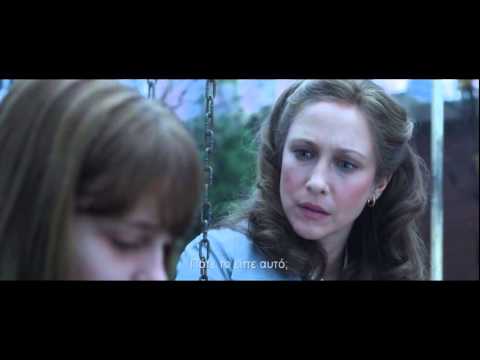