Plot:
Napoleon Solo (Henry Cavill) is a CIA agent and he is – in 1963 – at East Berlin. His mission? To help Gaby Teller (Alicia Vikander) escape, to help her pass to West Berlin.

An international criminal organization has kidnapped her father and is forcing him to make a nuclear warhead. Solo will try, with Gabby’s help, to get in contact with her uncle Rudi (Sylvester Groth) who seems to know many things. But they must first escape from East Berlin, and that will not be easy. Someone is after them. He is KGB agent Illya Kuryakin (Armie Hammer) who, like Solo, is specially trained. The two men will compete each other and Illya seems to outmatch Solo, but in the end Gaby and Napoleon Solo manage to get to West Berlin.

Later, the CIA specialist Sanders (Jared Harris) meets with Solo in a park to give him new instructions. As they discuss, in the public restroom, Illya shows up and when he sees Solo they start a fight. Sanders does not seem to care about it. After few minutes and many hits, Oleg (Misha Kuznetsov), a KGB director, comes and seperates them. The new mission for Napoleon Solo and Illya Kuryakin, is common for both of them and they must – despite their personal feelings – to cooperate in order to succeed.

Napoleon Solo amd Illya Kuryakin are the two super-spies of the U.N.C.L.E. team that we ‘ve first met in the ’60s TV series. Can you imagine that before they become a team, they were rivals? This origins story have been written by Guy Ritchie and Lionel Wigram – with help from Jeff Kleeman and David C. Wilson – and we must admit that they did a pretty good job. Guy Ritchie is the director for this new movie, which has really – or should I say maddening – fast pace. Henry Cavill, Armie Hammer and Alicia Vikander are staring and they are very good. Hugh Grant has an interesting part, while I must say that I have not noticed David Beckham who has a small part.

“The Man from U.N.C.L.E.” plot reminds a bit of Kingsman and MI: Rogue Nation, but it gives even better results. The film premiered on August 14th. See it and you will surely enjoy it! 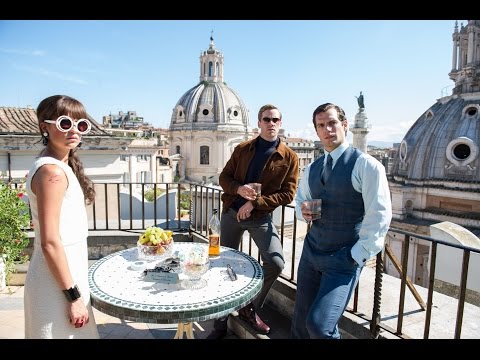 Movie Trivial for The Man from U.N.C.L.E.