Plot:
M (Judi Dench) had left a message for James Bond (Daniel Craig), in case she dies. She asks him to kill Marco Sciarra (Alessandro Cremona) and go to his funeral. Indeed, Bond arrives at Mexico City during the Day of the Dead parade. He locates and chases Sciarra, who tries to leave with a helicopter. Bond follows him, and after a fight, he kills Sciarra and the pilot. Agent 007 noticed Sciarra’s ring and he kept it to find more about it. It is a silver ring with an octopus engraved. He could not have imagined that this is the logo of Spectre, an international criminal enterprise, that controls corporations, governments and secret agencies around the globe.

When Bond returns to London, he talks with new M (Ralph Fiennes), and claims that he was on Mexico for vacations. Our favorite spy learns that 00 Sector will shutdown and he is suspended. Q (Ben Whishaw) injects Bond with a transmitter that monitors his vital signs and allows his location to be detected anywhere in the world. Bond asks Q to help him disappear. He steals an Aston Martin DB10 that was prepared for 009 and goes to Rome. There, on Sciarra’s funeral service, he locates his widow (Monica Bellucci). The same night he saves her life, after an assassination attempt by Spectre, and after seducing her, he learns some intel about the organization her husband worked for.

The new evidence lead him to Austria, where Mr White (Jesper Christensen) is hiding. He was a “partner” with Sciarra in Quantum, a “subsidiary” of Spectre. Ariadne’s thread continues to Dr Madeline Swann (Léa Seydoux), Mr White’s daughter. The surprises come one after another, till Q informs Bond that he found inside the ring with the octopus, some maps in digital form, that show a crater in the middle of the desert. The Spectre headquarters!

Our impressions and movie review:
Spectre is the first Bond movie starring Daniel Craig that I have seen. Having seen the rest, I believed all those years that the worst Bond was George Lazenby in the movie On Her Majesty’s Secret Service. Well, I was so wrong. Craig’s acting can be compared to a mummy of a Pharaoh (though these have power and a grandeur) and his expressiveness to a newscaster with bottox who just had a Novocaine shot by the dentist. I cannot ever understand how he was chosen for the role, and I wonder if they lost a bet or something.

What can you expect from a James Bond 007 movie? Pretty women, impressive villains, smart gadgets, chase scenes, explosions and killings. The Spectre screenplay has everything, mixed in the worst possible way. Apart for the characters that are killed in the movie, the four screen writers killed the story. Two boring hours that pass really slowly. Naomie Harris, Monica Bellucci and Léa Seydoux are really charming and make a good effort, as good as the screenplay lets them. Dave Bautista is a really impressive villain as Mr. Hinx, Jesper Christensen is very good, but Christoph Waltz cannot convince anyone as Ernst Stavro Blofeld. An Aston Martin DB10 appears in a mediocre scene, chased by a Jaguar C-X75. The spy gadgets are almost missing from this movie and the explosions, instead of being amusingly unbelievable, are just flavorless.

I have read many rave reviews for Spectre, but I guess they are affected by too much advertising. If you are a Bond fan, I do not recommend this movie, cause I was really irritated. If you like action movies and adventure, watch anything else. 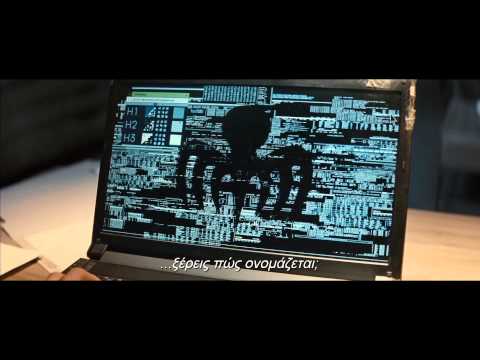