Plot:
April 20th 2010, 5:30 in the morning. Mike Williams (Mark Wahlberg) wakes up to go to work. He will spend 21 days away from his wife Felicia (Kate Hudson) and his little daughter Sydney (Stella Allen). He is the chief electronics technician on Deepwater Horizon oil rig in the Gulf of Mexico.

Mike spends some romantic moments with his wife and later, they take their breakfast with their daughter. Sydney has prepared a school assignment. She will do a presentation about her dad’s work.

Few seconds later, something goes wrong with the valve they used with the soda can, and Coca Cola pops out of the can like an explosion, making a big mess.

Deepwater Horizon oil rig is 35 minutes off coast with a helicopter. The staff pass through strict security checks before the flight. Today there will be BP executives on Deepwater Horizon. There have been many problems with the preparation of the drilling – the staff call it “well from hell” – and they are 43 days behind the schedule. The BP executives give a security award to Jimmy Harrell (Kurt Russell), the Offshore Installation Manager (OIM) of Deepwater Horizon. Their true role is to exercise pressure for the completion of the tests, so that they could begin pumping oil. During the second test everything goes wrong and results in one of the greatest man-made disasters.

Our impressions and movie review:
On April 20 2010, happened an ecological catastrophy. 11 people lost their lives. The oil spill contamination affected the health of nearby communities and the effect on marine flora and fauna cannot be easily calculated.

At first, BP took legal action against Transocean and Halliburton. After pressure by the American Justice System based on the evidence and the testimonies against the oil company, they agreed to plead guilty on November 2012. BP paid $19 billion in fines and more than $23 billion to compensate those affected. The low-ranking executives directly involved in the incident, in 2015 were acquitted by the courts for the seaman’s manslaughter and involuntary manslaughter charges against them. Vidrine has pleaded guilty to negligently causing the massive oil spill. He was sentenced to 10 months of probation. Robert Kaluza was found not guilty. Some people claim that the low-ranking executives were used by BP as scapegoats to protect other high-ranking executives.

In the movie, the presence of Kaluza and Vidrine aboard Deepwater Horizon and their mistakes, are used to criticize BP’s company policy. The drilling had a 43 days delay and the cost went everyday higher. BP wanted to reduce the cost and to begin the oil extraction process. If BP had spend $120.000 to perform a quality check of the cementation and check the structural integrity of the well, there would be no accident. The explosion at Deepwater Horizon proves for one more time, that the greed of corporations is in fact threatening the future of our planet.

The very powerfull screenplay written by Matthew Michael Carnahan and Matthew Sand, is based on the article Deepwater Horizon’s Final Hours by David Barstow, David Rohde and Stephanie Saul that was published in New York Times on December 2010. Director Peter Berg ( “Hancock” – 2008, “Battleship” – 2012, “Lone Survivor” – 2013 ) does an excellent job and when you walk out of the theater you will be overwhelmed and moved.

In the “Deepwater Horizon” movie you can see the last 12 hours before the disastrous explosion at Deepwater Horizon oil rig and the effort made by working men and women to put the fire under control and help each other. This is exactly the main theme of the movie: the heroic deeds of everyday people against the uncontrollable forces of nature.

The film premiered on Toronto International Film Festival on September 13th 2016 and it will be released in IMAX theaters on September 30th 2016. Deepwater Horizon is a thrilling film that you must definitely watch! 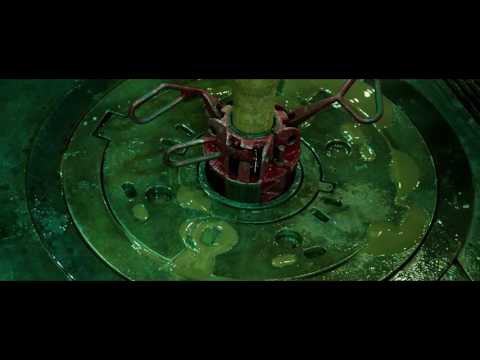 Don Vidrine: We are 50 days late and the hole is not ready.
Mike Williams: It is 43 and not 50 days. I expected people greedy for money to know simple maths.