Plot:
Max Rockatansky (Tom Hardy), known as Mad Max, is a road warrior. Once he was a cop. Once he had a family. Now, all is gone, after a nuclear world war. Mad Max is on his own and he believe that’s the only way he can survive in a world without hope, without law, without mercy. Remorse is haunting his mind, for those who vanished without his help.

Things can always become worse. Max is imprisoned by the War Boys, who will use him as a “bloodbag”. He is “O-Negative High Octane / Universal Donor”. A man with his power and his blood type is the best candidate to transfuse blood to injured soldiers. Tied up, with a muzzle on his face, he is waiting in a cage till they need him. And he will not wait for long…

The War Boys is the army of Immortan Joe (Hugh Keays-Byrne). The Citadel is his base, a fortified place with water and crops. It could be an oasis in the middle of the desert. However Joe wants to be worshiped as a god and gives water to his people very sparingly. His vassals are People Eater (John Howard), head of the Gas Town, Bullet Farm Imperator (Greg van Borssum), head of the city that makes weapons and ammo, and Imperator Furiosa (Charlize Theron).

Joe has two children. Rictus Erectus (Nathan Jones), a giant with a toddler’s mind, and Corpus Colossus (Quentin Kenihan), who has a toddler’s body. Neither of them could succeed Joe. So he has chosen the five most beautiful and healthy girls for wives, and he is waiting for his successor to be born.

Furiosa (Charlize Theron) set free the Five Wives, the harem of Immortan Joe. They left the Citadel and they hope to escape Wasteland and reach the Green Place. Nobody would let this deed go unpunished, and certainly not Immortan Joe who believes that the Five Wives are his property. He notifies his allies in Gas Town and Bullet Farm and they are chasing Furiosa all together. Mad Max has his role to play in this, but he must escape first…

The film “Mad Max: Fury Road” is an amazing adventure with many action scenes and a strong thriller flavor. Director and screenwriter George Miller manages to keep the anxiety at high levels and the pace of the film is excellent. He takes us into the world of Mad Max, that he had created almost 40 years ago, and he gives us the feeling that we are part of the chase. Because the whole film is an endless chase that leaves you breathless for two hours. And when it’s over, you wish it was two hours more!

Tom Hardy is quite good in the leading role, but he is covered by the shadow of Mel Gibson. Charlize Theron is very good as Furiosa – the last time we ‘ve seen such a good action movie actress was with Sigourney Weaver in Alien. There were rumors that the sequel to “Fury Road” will be called “Mad Max: Furiosa” and after seeing Theron I tend to believe those rumors. Late May 2015, Miller said that the sequel is already written and the title is “Mad Max: The Wasteland“. Whatever the title is, I can’t wait till the next “Mad Max” movie. From the rest cast, Nicholas Hoult stands out as Nux and Zoë Kravitz as Toast, one the Five Wives.

“Mad Max: Fury Road” owes part of its success to writers Brendan McCarthy and Nick Lathouris and to the music. Junkie XL (Tom Holkenborg) composed original orchestral pieces for the movie, with strong presence of percussion. On the movie we can also hear “Messa Da Requiem – Dies Irae” by Giuseppe Verdi, “Elegy for Rosa” and “Refugee’s theme Symphonic Variation No 1” by Eleni Karaindrou and “Teardrop” by Massive Attack.

The film “Mad Max: Fury Road” is worth seeing and you will enjoy it in 3D. This is one of the best 3D movies – without having one unnecessary scene with meaningless spins of the camera. “Fury Road” wins a place in the Mad Max film series, because this film is faithful to the old spirit. At the same time, the action, the suspense and the excellent work of the director George Miller, make this a movie that everyone will enjoy, no matter if they are fans or not. The film premiered on 7 May 2015 at TCL Chinese Theatre, Los Angeles. Go to a theater and enjoy this film! 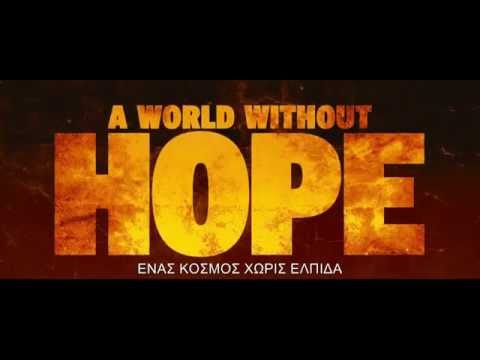 Max Rockatansky: My name is Max. My world is fire. And blood.

Fragile: There’s no going back!

“Where must we go…
we who wander this Wasteland,
in search of our better selves?”
The First History Man