Plot:
The epidemic of an unknown, till today, disease has turned a large proportion of the population into zombie. People who get sick, in a few days become zombies, and the only thing that their mind can understand is the need to feed on human flesh. If someone survives an attack from the zombies but gets bitten, he contacts the disease too.

Maggie (Abigail Breslin) has left her home. Wade (Arnold Schwarzenegger), her father, is searching for her the last weeks. He finaly finds her in the local hospital. A zombie has bitten her hand. Dr. Vern (Jodie Moore), Wade’s old friend, lets her leave, so she can say goodbye to her brothers and Caroline (Joely Richardson), Wade’s second wife. Caroline however cannot seem to cope with Maggie’s situation.

The authorities put in quarantine anyone who is sick. Wade wants to spend with his daughter her last moments, even if the risk is high.

Abigail Breslin gave an impressing performance in the lead role, but Arnie surprised us positively. This is probably the first movie where he playes a tender father, nothing to do with the tough guys we have been accustomed with. John Scott 3 wrote the scenario and Maggie is the first movie Henry Hobson directs. Lukas Ettlin ( “Lincoln Lawyer”, “Battle Los Angeles”, “The Texas Chainsaw Massacre: The Beginning” ) is behind the beautiful cinematography.

The movie “Maggie” had a limited theatrical release in USA and is also available as video on demand. This is an indie movie with budget just about $4,500,000. It is worthy to see this out of curiosity for the earnest effort by Arnold Schwarzenegger and for the original approach to the zombie theme. 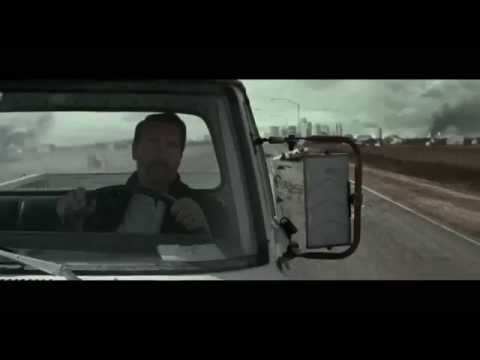