Plot:
We have all heard the tale of Sleeping Beauty. In this movie, with the motto “do not believe in fairy tales”, it is time to look at the familiar story from the perspective of Evil Queen, aka Maleficent.

Maleficent is yet one more fairy in the magical kingdom of Moors. When she becomes a teen she meets and falls in love with Stefan, a young man who fled to the woods. They spend a lot of time together, but one day Stefan leaves and never returns back.

The creatures in this magical kingdom live in peace and harmony. Till the men from the neighboring kingdom, the army of King Henry, invade the realm of Moors. Maleficent asks them to stop the invasion, and when they ignore her, she calls the primordial creatures of the forest to defend it. A striking battle starts and Maleficent Angelina Jolie is the winner. This defeat hit a nerve on people.

King Henry, dying from the battle wounds, announces that the man who kills Maleficent will marry his daughter Princess Leila and will become the next king. Stefan hears the opportunity knocking, and decides to go back to the forest in order to kill Maleficent. At the last moment, he hesitates, and instead of killing her, he cuts her wings and presents them to the king as proof of his succesful mission.

The years pass and Stefan, now king, has invited everyone for the christening of his daughter, Princess Aurora. He invited everyone apart from, the supposed to be dead, Maleficent. She comes uninvited to give her “gift” to the young princess:

Before the sun sets on her sixteenth Birthday, she will fall into a sleep like death!

The similarities with the fairy tale of the Sleeping Beauty end, somewhere around here, but the story continues with great special effects, plot twists that will delight you and moments that will move you.

I don’t think that Charles Perrault, when he wrote the Sleeping Beauty, could imagine how many generations of children would grow up listening to his story. And now, that so many fairy tales have been adopted to movies, giving new breath and new perspective on favorite stories, Sleeping Beauty was a perfect candidate. Elle Fanning as Princess Aurora is good, but I do not know how important this, or anything else, can be, when Angelina Jolie has the protagonist role.

Maleficent is the directorial debut of Robert Stromberg, and he did a very good job. In some moments, like in the dark forest or when Angelina Jolie flies, this movie reminded me of Avatar, and the reason is that Stromberg had worked in the Special Effects Department with James Cameron! Some other movies where you can see his work are the Pirates of the Caribbean, the Terminal, the Hunger Games, Life of Pi, the Golden Compass, the Memoirs of a Geisha. The script is written by Linda Woolverton, a long time associate of Walt Disney Pictures, who has also worked in Lion King, Mulan and Beauty and the Beast.

The battle scenes are amazing, rich in special effects and well-played. King Henry’s army in the beginning, facing the wrath of Angelina Jolie and the counterattack of anthropomorphic trees and other creatures of the forest. King Stefan later, tries to invade the Moors and Maleficent, as the Wicked Queen now, raises a huge wall of thorns, stopping the invasion and cutting of the enchanted forest kingdom from the rest of the world. Amazing is also the battle scene just before the finale, when Maleficent transforms Diaval into a dragon to face the soldiers!

If an actor of this movie can stand next to Jolie, then this is Sam Riley in the role of Diaval, the raven-assistant of Maleficent. She transforms him sometimes to a man, other into a raven and eventually even into a dragon as we have mentioned before. To be fair, we must say that Elle Fanning in the role of Princess Aurora, and Sharlto Copley in the role of King Stefan play very good too. The three pixies Knotgrass, Thistlewit and Flittle give a cute humourous touch to the movie.

Vivienne Jolie-Pitt is the little girl who steals the show, as 5 years old Aurora. Angelina said in an interview that all the other kid who tried this role, did not want to approach her as Maleficent, with her long horns and big fingernails and strange black clothes. However, the love that mother and child share is obvious both in the eyes of young Vivienne and in the eyes of Angelina.

The queen of this movie can be no other than Angelina Jolie. Four years have passed since her previous film (the Tourist with Johnny Depp) and her absence from the big screen was really noticeable. She is perfect in the role of the Evil Queen and she helps to raise this movie quality higher. Maleficent is also available in 3D and I believe you will enjoy this movie, no matter if you choose to view the plain or the 3D version. 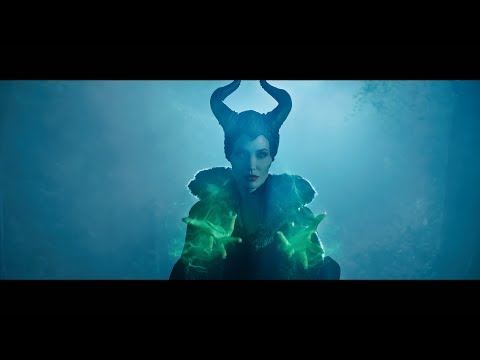