Plot:
The Expendables attack an armored train with helicopters. Christmas (Jason Statham) gets on the train, of course while it is moving, and releases a prisoner. He is Doctor Death (Wesley Snipes), a former Expendable, who before escaping ensures that the train crashes on the prison, to kill his pursuers and let us see the first big bang of the movie. A little later, Barney Ross (Sylvester Stallone) convince Doc to join them on a mission in Somalia. There, in a port, they attack their target to discover that, in fact, he is Conrad Stonebanks (Mel Gibson). Barney and Doc recognize him on sight and in the battle that follows Stonebanks gets away and the Expendables are almost getting killed.

Conrad Stonebanks and Barney had assembled the Expendables,

but Conrad soon betrayed his comrades for the profits of smuggling weapons. Barney chased him, shot him and believed that he had killed him. Now, he lets go the Expendables because he does not want to see one of his friends dead, and he forms a new group without tomorrow, with the primary target to kill Stonebanks. Will they succeed?

Our impressions and movie review:
We must emphasize that Mel Gibson steals the show as the film’s villain and Patrick Hughes does a great job as a director. Stallone is not that good but it certainly count as positive that he wrote the scenario and he got the idea for the Expendables movie series. Antonio Banderas has so little time on screen as Godzilla on Gareth Edwards’ film, but Schwarzenegger appears for even less minutes. Of course Arnie is one of the producers and he does the promoting of the films, so… we will forgive him 😉 Remember that Expendables 4 is just around the corner and it is rumored that Pierce Brosnan will join the cast! 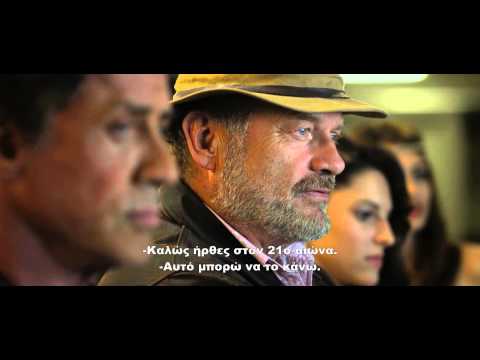