Plot:
Hercules (Dwayne Johnson), after finishing the Twelve Labours, makes a living selling his services for lots of gold. With him are Amphiaraus (Ian McShane), Autolycus (Rufus Sewell), Atalanta (Ingrid Bolso Berdal) and Tydeus (Aksei Hennie). Gold and battlelust are the driving force of that team of heroes. This is how they find themselves in Thrace, under the command of Lord Cotys, fighting Warlord Rhesus and his men. But, after defeating them, Hercules and his companions discover that Cotys lied to them and used them, and he is actualy an evil tyrant. Hercules will not let him get away with this!

This is a movie adaptation of the graphic novel Hercules: The Thracian Wars, written by Steve Moore, designed by Cris Bolsin and published by Radical Comics. From the first scene of the movie you can realize that, once again, Hollywood has kept only the names of the heroes from Ancient Greek Mythology. Hercules is presented as a Conan the Barbarian with an apettite for more and more gold, and at some point he sees the results of his actions and decides to behave… like a real hero.

The above description, while is very frankly, is a little unfair to this film, which is neither the first nor the last movie starring a “Hercules”. If you can overlook the fact that this “Hercules” character has nothing in common with the Mythical Hercules, and you see this as an original story in the footsteps of Conan, then you will enjoy this movies. This is an adventure movie, a “cineak” as we called them in the past, with the heroes performing the most amazing and incredible feats, as if they are as simple as breathing in and out. Dwayne Johnson seems to enjoy his role, the company of heroes has good chemistry and beautiful women make passes through the film to break the… monotony! Brett Rattner (“Prison Break”) in directing and Dwayne JOhnson in the lead role are the strongest cards of this production. If you want to take a pleasant break this summer, see and enjoy this movie 😀 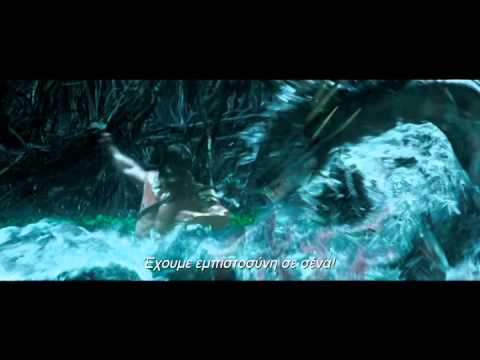