Episode Plot with small Spoilers:
Arya, uses the mysterious coin she has to pass the Narrow Sea, and reaches the city of Braavos. She wants to stay at the House of Black and White, an unusual temple – hostel – school that she believes will change her life forever.

Brienne and Podrick continue their traveling. They stay at an inn where Petyr and Sansa have found shelter. The young man recognize them at the dinner. Another strange twist of fate.

Cersei tries to hold her position. Her only ally is Jaime and the game of thrones is at a critical moment. Tywin is no longer around and the situation is very difficult for the Lannister.

In south, at Dorne, Prince Doran is trying to balance on a tightrope. He has to choose between the prosperity of his people and the need for vengeance and pride. The fact is that he cannot stay idle after everything that has happened and what is about to happen in the near future.

The way Daenerys rules has put the Unsullied on the target of her opponents. Will she manage to impose order or will chaos erupt in the cities she has already conquered? Could Tyrion and Varys give her a solution? Who knows. Those intriguing men are moving secretly towards Daenerys, the mother of the dragons!

At the Wall the situation can be described as “the calm before the storm”. And it will be a really big storm! We will see.

Game of Thrones: The House of Black and White – S05E02 – Trailer (Greek subs) 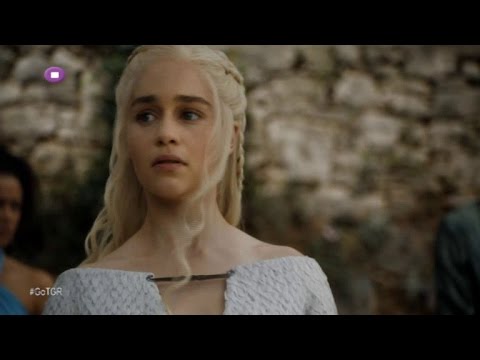