Plot:
In 1972, NASA sent Pioneer 10 into deep space. In the spacecraft, there was a golden plaque with a message for any intelligent extraterrestrial being, and a “map” to Earth. Decades passed, people forgot about it, but the Pioneer 10 has finally reached the aliens! Four of them, who call themselves the Intergalactic Council. This is not the first time they get such a message. Millions civilizations have tried to contact other extraterrestrials, and still the Council members wonder why they depict themselves without clothes. But this is not the issue. Every time the Intergalactic Council gets in contact or discovers a new civilization, they evaluate them. How? The same way they will evaluate Earth!

The usual test. One earthling will be picked up random to prove he can use absolute power for good… But if he uses it for evil, the Earth will be eliminated!

All Earth people are entered into a digital “lottery” – and for a moment, it looks like Sarah Palin will be the chosen one – and finally the teacher Neil Clarke (Simon Pegg) will become allmighty. Neil is an everyday man, without anything special or anything interesting. He likes his neighbour, the tv journalist Catherine (Kate Beckinsale), at the school he is hanging out with Ray (Sanjeev Bhaskar), he suffers – like everyone else – with the Headmaster (Eddie Izzard) and, instead of trying to get the attention of naughty students, he is detached.

Till the day the aliens choose him to become an almighty superior being. What does Neil do when he discovers his omnipotency? He orders his clothes to dress him up, he makes his dog talk english and have a logical mind, and… he deals with his personal appearance.

His irresponsibility will get him in trouble, the situation in his social enviroment becomes chaotic and the future of the Earth looks extremely bleak.

With Absolutely Anything” the Monty Python return to the big screen led by Terry Jones. Terry Gilliam, John Cleese, Eric Idle, Michael Palin and of course Terry Jones, lend their voices to the members of the Intergalactic Council and to an alien hitman. The script, written by Jones and Gavin Scott, reminds the good times of Monty Python and the humour of the author Douglas Adams. Actually, as Terry Jones said in an interview, Adams had read the script and he really liked Dennis, Neil’s dog. And Dennis is a great dog indeed, and it is obvious that the screenwriters know and love dogs. The scenario have many comical momments – you will laugh out loud, and it offers some food for thought. A movie that you will enjoy, it will make you laugh, it will make you thing, and, tell me, what would you do if you had the power to do anything? 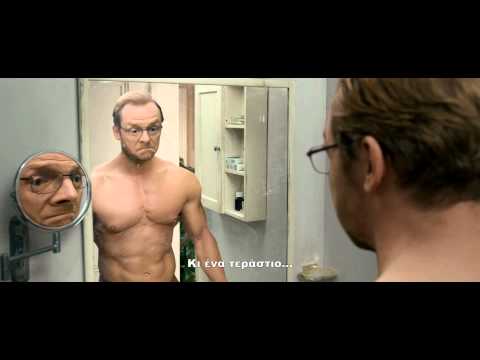 Movie Trivial for Absolutely Anything