Eros and Soul (Cupid and Psyche).
In Ancient Greek Mythology, Soul was the beautiful daughter of a king. Aphrodite was jealous of her fame and told her son, Eros, to hit Soul with an arrow and make her fall in love with the ugliest man in the world. When Eros saw her, he was enchanted, and he accidentally hit himself with his arrow.

Daphne (Niki Vakali), a student in Political Sciences, is walking alone at night, to return home after a night out. Her eyes are fixed on her smartphone, and she is not aware of two men watching her. Suddenly, they grab her, drag her into a dark alley and try to rape her. Farris (Tawfeek Barhom), a Syrian refugee, hears her screams and dashes to help her. “Run! Run!” he yells in English, and Daphne runs away desperately – in the beginning she hesitates because she is leaving her saviour behind and then she runs quicker and quicker. He manages to escape too, but they had hit him a lot. He has Daphne’s phone in his hands. In the cracked screen, he watches her pictures, her face.

Antonis (Minas Hatzisavvas) would be a pensioner but the economic crisis bankrupted him. His shops were destroyed many times. He took loans to buy merchandise, and now he cannot pay them back. He has even sold his car for pennies on the dollar. He blames the refugees for everything. He joins a far-right group and participates in attacks against foreigners.

Maria (Maria Kavogianni) met Sebastian (J.K. Simmons) at a Veropoulos super market. When she understands that he is a German she doesn’t like it, but he asks for help because he has back problem, and she helps him without any hesitation. After all, she does not believe it is fair to charge all German people for their government’s politics. He does not speak any Greek at all, and she knows very few words in English, but somehow, they communicate. More with their eyes than in words. She tells him she has children and a grandchildren. She goes to the super market once a week, for a walk, not for shopping. The crisis has affected her family as well. Sebastian begs her to meet again next week. He will wait to see her again.

Giorgos (Christopher Papakaliatis) and his wife have become two perfect strangers. It’s been a long time that he prefers to sleep on the couch at night. In the evenings, he plays console games with his son. And this is his only connection at home. When his wife needs his help and tries to “cope” with their son, Giorgos prefers to stay uninvolved, locked up in the bathroom. At work, where he wears his headphones and listens to music, Giorgos seems to be in a more familiar environment. He has depression and the doctor prescribed antidepressants. He has to take one pill every night at 11 o’clock. In a bar, he meets Elise (Andrea Osvárt). Their acquaintance begins in the wrong path, but they end up in bed for a… night of passion. Late at night, Elise wakes him up and asks him to leave. Giorgos cannot believe it but, politely in English – and not so politely in Greek – he says goodbye. In the morning, when Elise gets up from her bed, she stumbles. Giorgos pills are on the floor beside her bed.

Our impressions and movie review:
The “Worlds Apart” is the best work of Papakaliatis so far, and this movie is almost a poetic creation. He did an amazing job as a director, he wrote an excellent screenplay, and there is no part of the film that could be made better.

J.K. Simmons is a perfect and Maria Kavogianni stands besides him as his equal. Minas Hatzisavvas gives an excellent performance that happened to be the last of his career. A man who took a public stand against the fascism and in favor of the refugees, plays a character so different from his beliefs. Andrea Osvárt is very convincing as the cold-blooded executive of a multinational corporation and Christopher Papakaliatis gives a strong performance against her. The younger couple of the story, Niki Vakali and Tawfeek Barhom as Farris, will surely thrill you. 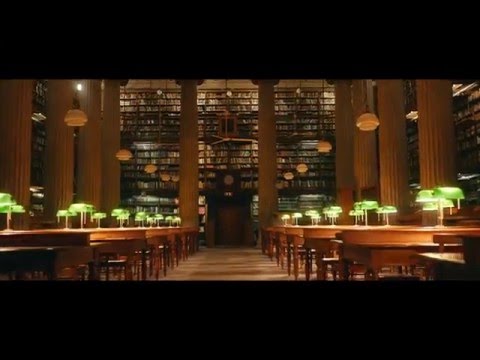 [newscast excerpt]
Indisputable example is Greece, which for many acts as the guinea pig for cruel financial politics that gradually have started to expand to the rest of Europe. Is this a democracy that has the nation’s health as a goal? Is the European Union falling apart? Is this what globalization is all about? Is it possible that things are not exactly how we thought they were? How people deal with the situation? Is this new global reality going to influence and define our decisions and generally human relations?

Elise: All your departments are overstaffed. Mitigation is a given.

Elise: I never understood why some people take antidepressants.
Giorgos: Maybe because sometimes life is not that easy.
Elise: Maybe that’s a good excuse.

Sebastian: There are thousands of interpretations that have been given throughout the years about the power of being in love. The Ancient Greeks understood that power and they made Love a God. They named him Eros. Erotas.

[in Greek]
Maria: If only you knew how I long to see you every week.
Sebastian: I miss you. A lot.

SEBASTIAN: Everything starts from falling in love. No matter how old we are.
MARIA: What if it’s toο late?… How can I change it all now?
SEBASTIAN: Maria, we all deserve a second chance.