Plot:
The life of Anastasia Steele, a literature student, changes forever when she meets the millionaire Christian Grey. They have totally different characters. Maybe this is the reason behind their attraction. Ana hesitates when Christian confides his “special” taste in sex. She hesitates, but every time she takes one step back, two steps forward follow. And Christian wants to be the one who controls her every move. He wants to control everything. Especially in sex. In his Red Room of Pain has every BDSM accessory one can imagine. Ana, who did not have a relationship before Christian, follows him in those paths. But she does not do so, because she likes being controlled or being hurt. She follows him because she feels she is in love with him. Will she be completely subjugated to his commands or will he try to change, even a little bit, what he wants.

Dakota Johnson performs well as Anastasia and manages to give more personality to her character. Unfortunately this is not enough to give value to the much advertised movies. See “50 Shades of Grey” if you are fashion victims or if you want the commercials to define your actions. Alternatively, we suggest that you rent “9 1/2 Weeks” with Kim Basinger and Mickey Rourke. It is not necessary to compare the two movies, no matter what Mr Grey says. 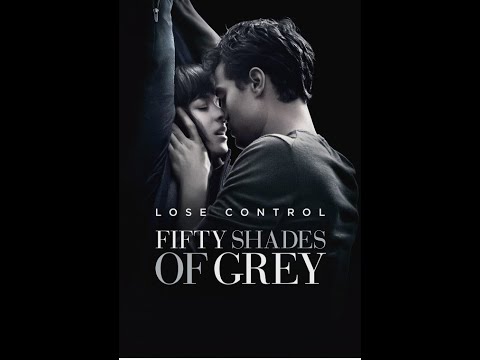 Kate Kavanagh: What was he like?
Anastasia Steele: He was polite. Intense. Smart. Really intimidating.

Anastasia Steele: Why are you trying to change me?
Christian Grey: I’m not. It’s you that’s changing me.

Christian Grey: Because I’m fifty shades of fucked up, Anastasia.